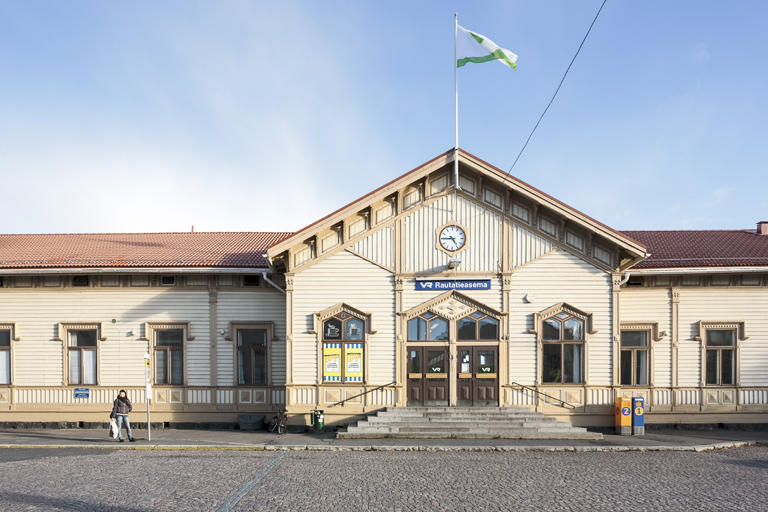 Many different parties have taken an interest in the operations of VR Group because it plays such an important role in society. In 2015, the special attention given to the Group is attributable to its decisions to improve its efficiency and to the transport sector's state of transition. The reasons for the changes are both global and national.

Regular cooperation with various stakeholders is important so that VR Group can respond to their expectations and, on the other hand, improve the conditions of its own business operations.

The stakeholders of VR Group can be roughly divided into these groups: government sector operators, operators related to its business operations, and organisations and other stakeholders interested in the Group's operations. The Group has Finnish and international stakeholders.

VR Group’s government stakeholders are the State of Finland as owner, national and international decision-makers, the Ministry of Transport and Communications, and various authorities, with the Finnish Transport Agency and the Finnish Transport Safety Agency being the most important of these for the Group’s operations.

Many of the parties involved in the VR Group’s business environment have more than one role. For example, the Finnish Transport Agency is both an authority and a customer of the infrastructure operator VR Track.

The entire railway sector – and through this a significant part of the company’s operations – is strictly regulated at the EU and national level. Regulation is dynamic and is continuously changing the business environment in which VR Group operates.

The extensive discussion on the European Union's fourth railway package has played a major role in this process in recent years. The aim of the package is to create a unified European railway area, so that the prerequisites for operating in the market would be the same for the whole EU area. The processing of the package’s technical part is at the final stages, but the process for the other parts is still ongoing.

In December 2015, the Parliament approved the changes in the Railway Act. These changes will have significant effects on the operations of VR-Group Ltd in the future.

Listening to all customers

Customers, personnel and business partners, such as subcontractors, are VR Group's stakeholders in its business operations. VR Group also has personnel, customers and partners outside Finland.

VR's customer loyalty programme Veturi, which has rapidly gained popularity, provides the company with important information on travel requests. The Veturi loyalty programme also provides a platform for communicating and listening to consumer customers and their wishes concerning the development of rail passenger services. Veturi allows VR to reach active customers committed to train travel and to provide them with benefits.

VR Group promotes the accessibility of its services for all customers. VR has made train travel easier for disabled passengers by introducing new rolling stock and new services. At the moment, there are disabled-friendly train services on nearly all lines.

VR Transpoint is cooperating with its customers in the development of efficient logistic solutions. The cooperation also involves extensive action programmes in such areas as safety and training. Joint risk surveys help to improve safety in the customers' production plants. The purpose of the activities is to develop an even safer operating environment and better operating practices.

VR Track is one of the leading alliance partners in the infrastructure business in Finland. In an alliance project, the client and service provider work closely together by forming a unified organisation to achieve their common goals. In 2015, VR Track was part of three alliance projects. Click here for more information about the projects.

VR Track has a large number of subcontractors and material suppliers. VR Track requires that its suppliers and contractors join the Luotettava kumppani (Reliable Business Partner) scheme to ensure that they meet the obligations of the Act on the Contractor's Obligations and Liability. The safety and environmental programmes steering the operations are also binding on the company's material suppliers and subcontractors.

VR Group takes part in the operations of a number of important organisations in its operating environment. It has closest relations with personnel organisations. VR Group’s personnel belong to the Finnish Locomotivemen’s Union, Rautatievirkamiesliitto (Union of Railway Officials), Akava, the Trade Union for the Public and Welfare Sectors JHL, and Rautatiealan Teknisten liitto (Union of Railway Technical Personnel).

VR Group is a member of organisations such as the Confederation of Finnish Industries and Service Sector Employers PALTA. The Group also belongs to the Finnish Business & Society’s (FiBS) network for responsible business.

In the spring, VR Group joined the Climate Leadership Council (CLC). The Council gathers together exemplary companies that are committed to mitigating climate change. VR Group is a forerunner in the utilisation of renewable energy and energy efficiency. VR Track improves the energy efficiency of its construction sites with e.g. machine control and VR Transpoint in its freight transport operations by increasing electric traction. The goal of the Council is to affect its members’ competitiveness and ability to respond to the threats posed by climate change and the scarcity of natural resources.

VR Track Oy is a business member of Infra ry. It also belongs to the Electrical Contractors’ Association of Finland STUL, the Finnish Geotechnical Society, the Advisory Committee for the Civil Engineering Sector MANK, the Finnish Association of Consulting Firms SKOL and the infrastructure, urban planning and training sectoral groups of BuildingSMART Finland. In spring 2015, VR Track became a network member of Intelligent Transport Systems Finland (ITS Finland). This membership will help monitor developments in the field and network with other key actors.

VR Group is also a member of the Coordinating Council for Trans-Siberian Transportation, which develops and coordinates transportation on the Trans-Siberian railway. The Group is an affiliated member in the Council for Rail Transport of the CIS States, which coordinates rail services and cooperation between Russia, other CIS countries and the Baltic states. VR Group is also an observer in the Organisation for Railway Cooperation (OSJD), which promotes cooperation between railways in Eastern European countries, CIS countries, China and some other Asian countries. 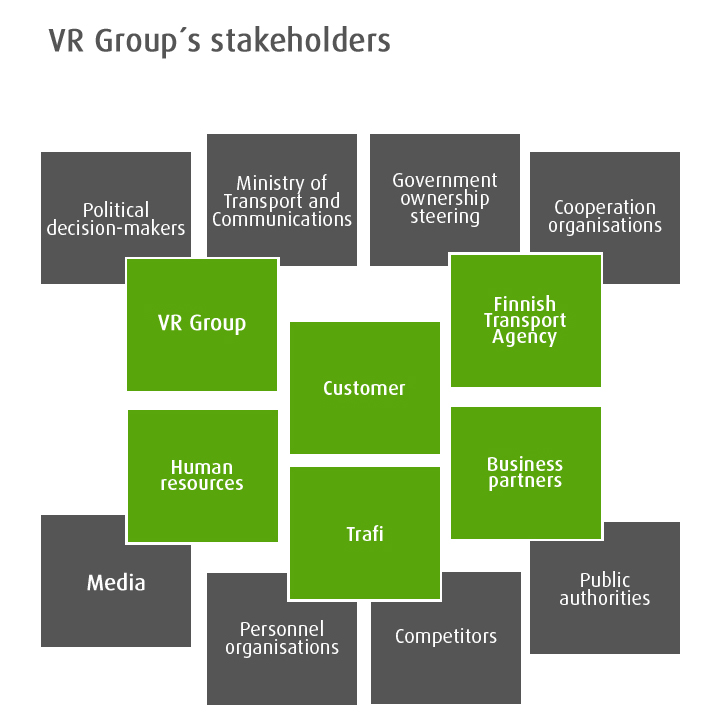