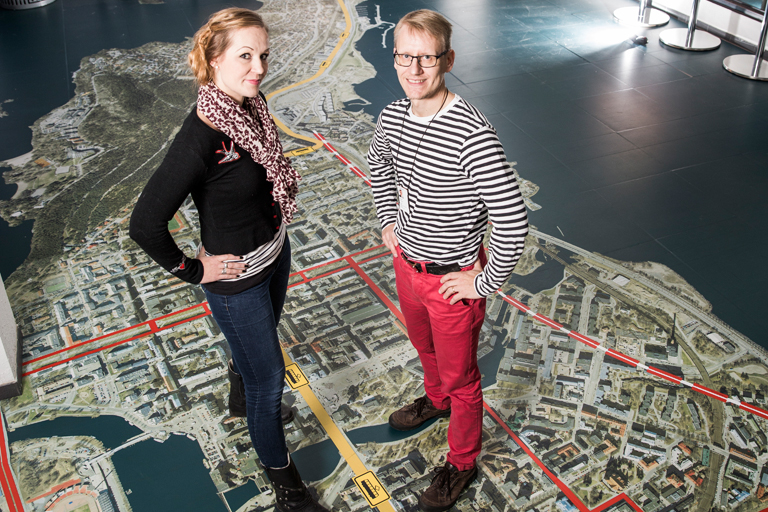 The construction work for the first public alliance project in Europe, the basic refurbishing of the track section between Lielahti and Kokemäki that was begun in 2011 by the Finnish Transport Agency and VR Track, was completed ahead of schedule at the beginning of 2015. One of the key goals for the alliance project is safety. The accident rate for the entire construction project was 6.3. This is a remarkable achievement, since a total 1,309 persons worked at the contruction site at various stages of the project. The basic refurbishing project is now at its warranty phase that will last until 2020.

Railway substation operations were transferred from VR Track Ltd to Finrail Oy in March 2015. At the same time, the employment of substation personnel was transferred to Finrail while retaining existing employee status. The usability and safety of the Finnish railway network is monitored by substations in Helsinki, Oulu, Tampere and Kouvola.

VR Track’s switch production and rail welding operations are being developed together with a leading global railway technology and infrastructure group. VR Track and the Vossloh Group signed an agreement in May 2015 on forming two joint ventures with the goal of growing and developing switch production and rail welding operations. These operations were transferred to the joint ventures in July 2015.

At the end of May, VR Track and the Finnish Transport Agency signed an agreement for the basic refurbishing of the line between Vaala and Kivesjärvi. The task is situated on the line between Oulu and Kontiomäki, which is is very important for freight traffic. The work continues until June 2016.

In June, the city of Tampere chose the consortium formed by VR Track, YIT and Pöyry as the implementer of the Tampere tram alliance project. Read more about the project here.

VR Track has strongly increased its share in the Swedish railway market and has become one of the largest railway maintenance providers in Sweden. Along with track construction and maintenance, we have also selected planning as a core activity in Sweden. In the summer of 2015, VR Track won a significant planning project. In the demanding level crossing project that was commissioned by Trafikverket, two level crossings in the centre of Uppsala will be replaced with underpasses. The project’s planned implementation will be during 2016–2019. Read more about our international operations here.

VR Track operates as the project supervisor and main contractor of the Ruha–Lapua double-track construction project that began in May 2014. The project progressed rapidly and on-schedule during the year. During the autumn, all level crossings between Lapua and Ruha were replaced with underpasses and in November, Lapua celebrated the inauguration of the underpass on Kauppakatu. The double-track project and the related change work in the Lapua traffic operating point are part of the Finnish Transport Agency’s larger Seinäjoki–Oulu rail project. Around nine kilometres of new track is being built and altogether 11 kilometres of old track is being refurbished. VR Track's contract also includes renewing the Lapua traffic operating point. The construction project will be completed by 30 October 2016.

The Finnish Transport Agency competitively tenders the maintenance areas for its railway network on a regular basis. By the end of 2015, VR Track provided maintenance services for these six areas as well as for numerous other private tracks owned by industry, municipalities and harbours.

Promoting occupational safety is an essential part of VR's operations. During the year, safety work has focused on investigating accidents and near misses and learning from them, as well as preventive safety operations and safety communications targeting all employees, such as weekly text messages on current topics in safety. Altogether 60 safety-related text messages were sent during the year. The development of the “safety plans for work tasks operating” model that was implemented during the previous year continued.

Determined and consistent safety work also produced results. For the first time in the company’s history, the accident rate fell under 10 and was 9.7 (14.7). The targets set for the indicators concerning anticipatory safety measures, such as safety observations and safety briefings were also met. There was a reduction in the number of serious accidents and the average length of sick leaves caused by accidents.

Customer satisfaction with VR Track is at good level. The success score (on a scale of 1-5) given by customers improved from the previous year, to 4.16 (4.05). The highest scores of the customer satisfaction survey were given to traffic and occupational safety 4.5 (4.2) and keeping promises 4.4 (4.1).

During the year, customer work focused especially on the development targets that were highlighted in the previous year’s customer surveys. Promises given to customers were at the core of the operations and e.g. interaction and collaboration with customers were further developed. Great progress was made in e.g. customer orientation as experienced by customers, reaction speed and the development of traffic and occupational safety.