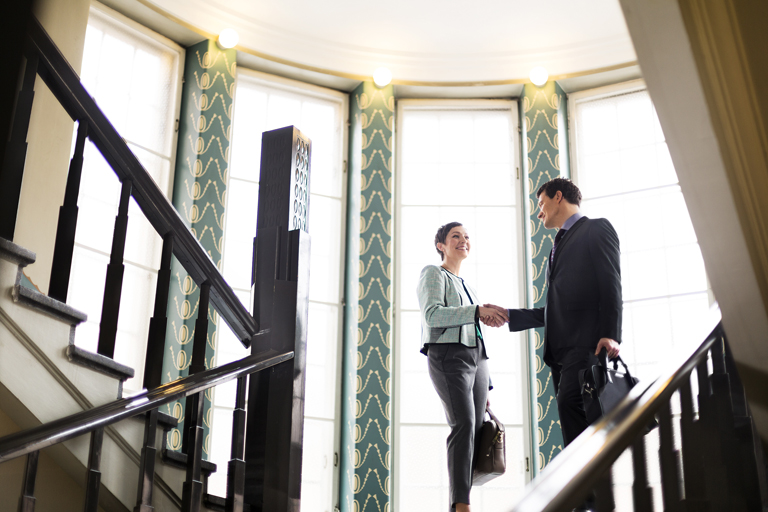 The human resources committee of the Board of Directors has reviewed the rules and principles of the scheme in effect at any particular time.

The review period for the short-term incentive scheme is one (1) year. The scheme is divided into four organizational levels (L1-L4). In 2015, around 160 persons belonged to the scheme. The President and CEO belongs to level L1, other members of the Management Team and immediate subordinates of the President and CEO in relation to head office functions to level L2 (12 persons) and other senior management to L3 (93 people).

The other people selected for the bonus scheme are in positions as supervisors or experts that have a significant impact on business operations, and they belong to level L4 (altogether 54 people).

The Group’s Board of Directors approves each year the persons to be included in the scheme.

The objectives, indexes and threshold values for the short-term incentive scheme are set each year so that there are a maximum of six indexes. The operating profit of the Group/unit serves as the index. It depends on the content of the task and has a weighting of between 60 and 15%. The weighting of the other indexes supporting the strategy and unit-specific targets is between 40 and 85%.

Under the short-term incentive scheme, the proportion of the maximum reward of the annual salary (including fringe benefits and holiday bonuses), as paid on the basis of the targeted performance is as follows: L1-L3 level 30% and L4 level 25%. The bonus for exceptionally good performance at level L1-L3 is 50%.

Any incentive scheme bonuses are paid on the basis of how annual targets have been met in the spring of the year after the earnings year once the financial statement figures have been confirmed.

Information about the terms of employment of the President and CEO

The salary and fringe benefits paid to the President and CEO in 2015 totalled EUR 542,040 and the bonus paid to him for 2014 on the basis of the short-term incentive scheme was EUR 226,302. The President and CEO was not given any bonus of shares or share-based rights during the fiscal period.

The retirement age (63 years) and pension for the President and CEO are in accordance with the Employees’ Pensions Act. The President and CEO has a personal supplementary pension insurance paid by the employer (annual payment in 2013 was EUR 9,604.50), that includes life insurance in case of death.