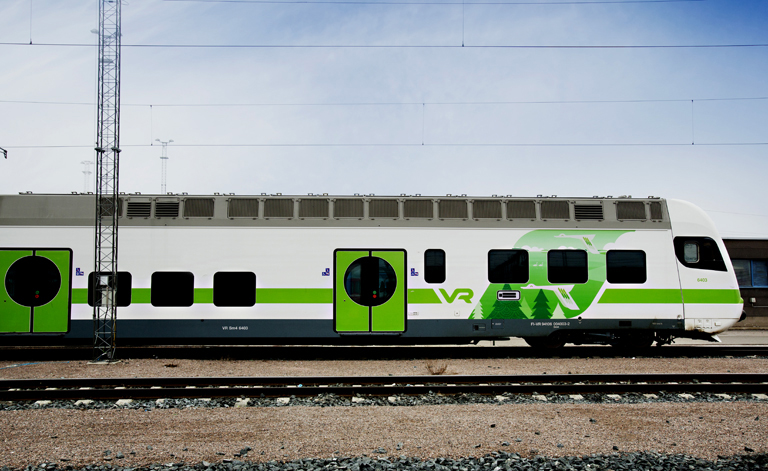 In spring, commuter services and HSL signed a letter of intent on train operations and the maintenance of the Sm5 commuter trains until 2021. The goal of the letter of intent is to prepare and realise the signing of the actual direct award contract in spring 2016.

The new contract period will mean changes in the job description for conductors. Ticket sales in HSL traffic trains will end by the end of 2016 and a new moving conductor model will be implemented in 2017. In the new model, train personnel move from one train to the next in pairs to ensure the availability of customer service and the safety of passengers. The implementation of the model is being prepared in close collaboration with other actors.

Using the Ring Rail Line link to the airport

June 2015 saw the opening of the the Finnish Transport Agency’s Ring Rail Line project, the first direct rail link between Helsinki Central Railway Station and Helsinki Airport. The travel time from the railway station to the airport is under 30 minutes and the price of the ticket is the same as a normal regional HSL ticket.

The long-term planning work that preceded the opening of the Ring Rail Line was begun in 2013 with various different actors. The planning included a tremendous amount of test drives, refining timetables and detailed planning on rolling stock rotation and track use. This new kind of line caused changes to working shifts and safety, and these were closely worked on with personnel.

With the Ring Rail Line, train unit kilometres increased by a quarter in commuter traffic. Due to this increase in traffic, commuter services is recruiting a total of around 200 new drivers and conductors.