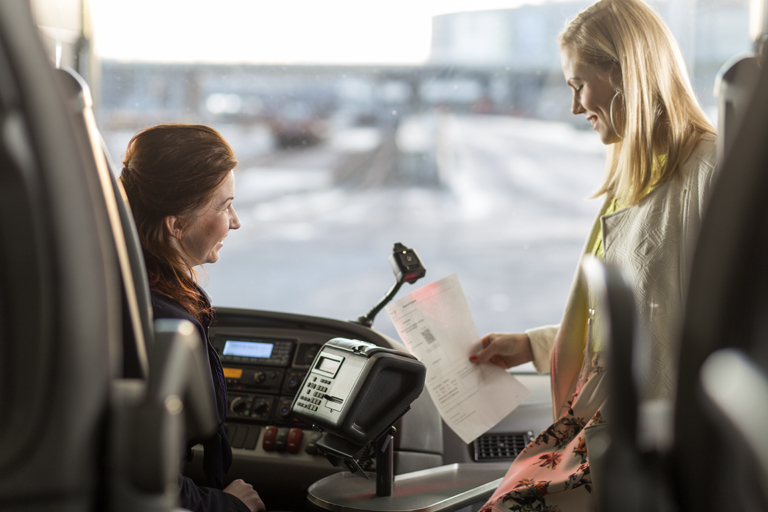 One of the biggest strategic changes was the renewed pricing of express coach services in early 2015. With the change, prices were decreased and the discount for outbound and inbound tickets was increased. Simultaneously, the sales terms and age limits for cash sales were unified so that they are cheaper for customers and better respond to the online store's practices.

To grow the customer base and improve customer service, the online service was completely renewed. The new website was designed with a customer focus, and as ticket sales have increasingly moved to electronic services, the purpose of the update was to make the online service better respond to and serve the current needs of customers.

The routes and timetables for express coach services are constantly being checked due to changes in the operating environment. The route between Kajaani and Helsinki now includes an extra couple of day services. Express coach services between Kotka and Helsinki and between Turku and Helsinki were reduced and significant changes were made to the timetable for the service between Lappeenranta and Helsinki. Services were reduced due to decreased passenger numbers. This improved cost efficiency and profitability in a challenging competitive market.

In autumn 2015, Pohjolan Liikenne’s careful preparation for the competitive tendering round created results, as it won new contracts in the HSL area. The company will also continue to operate local bus services in Kotka and Imatra. In both cities, the services will be on a contractual basis from 1 July 2016. The contract in Imatra will remain in effect until summer 2019 and the contract in Kotka until summer 2021. Both contracts also include an option for a two-year extension.

in 2017, Pohjolan Liikenne’s main depot in Helsinki and its offices will move into new facilities that are now under construction. The new facilities are being built close to the current facilities on Veturitie in Helsinki. The facilities under construction will ensure smoother operations and create the prerequisites for growing them with up-to-date depot and office spaces. The successful competitive tenders will mean an increase in local service equipment, from 300 to 375 cars. In addition, due to the expansion of traffic in the capital region, 180 new drivers will be recruited during 2016.