Review by the President and CEO 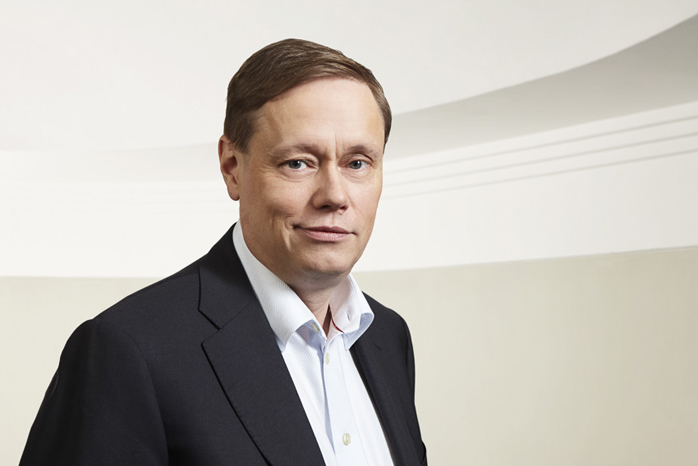 The results for 2015 were satisfactory when viewed against market conditions, although we did not reach the record levels of the previous year. Despite the prolonged downturn in Finland's industry and reduced volume in Russian transport, freight traffic maintained good levels of profitability. VR Track's results remained at the previous year's level. Intense price competition in public transport affected the net sales in and profitability of passenger services. As a result of this price competition, public transport fares have been permanently reduced to a noticeably lower level than before.

The summer offer campaigns turned passenger volumes around and this growth continued throughout the rest of the year. The pricing reform that was announced in February 2016 aims for substantial passenger volume growth. However, the reduction in average costs is so large that significant cost saving measures are required to ensure the profitability of long-distance traffic.

In autumn, VR Group began extensive measures with the goal of achieving annual cost savings of EUR 50 million. The estimated number of personnel that need to be reduced is around 550. Most of these measures will be implemented during 2016. It was unfortunate for both the company and especially for the personnel that the schedule for the process that was planned for the autumn was delayed and that the employer could not provide all of its decisions by the end of 2015.

VR Group’s substantial investments in rolling stock proceeded in accordance with the original schedule. The latest orders of double-deck restaurant cars were received in spring. Deliveries of steering cars also continued. The new electric locomotive was tested and the first locomotive, which has been tailored to suit Finnish conditions, arrived in January 2016. Commercial traffic with the new locomotives will begin in early 2017.

In May 2015, VR and Helsinki Region Transport (HSL) signed a letter of intent on commuter train operations in the HSL region until summer 2021. The agreement was signed in March 2016. The new agreement enables opening the operations to competition, but on the other hand, the adequate transition period will ensure an uninterrupted switch to a competitive market. Improved efficiency measures that have been agreed upon together with its personnel enable HSL to achieve over EUR 30 million in cost-savings during the agreement period. Reaching the agreement has been significant for VR Group and it is proof of how competitiveness can be improved with local agreements.

The Ministry of Transport and Communications has stated that its goal is to accelerate opening the country’s rail passenger services to competition. VR Group has an exclusive rights agreement that lasts until the end of 2024. VR Group has always championed competition as long as the rules are clear and fair for all parties involved. VR Group is ready to discuss how the services could be opened to competition in practice. The issues that need to be assessed include the position of personnel as well as the future of the public service obligations that are included in the exclusive rights agreement. One of the most significant challenges in opening the services to competition is the poor capacity and condition of the rail network.

Even after many years of efficiency programmes, VR Group remains a very significant employer that employs over 8,000 people in Finland. The Group has paid over EUR 460 million in dividends, taxes and statutory charges to the state and municipalities in 2015.

During 2015, the personnel discussed VR Group as a workplace and how the Group's values guide its everyday operations. The results provided plenty of ideas for developing VR’s operations.

The goal of the current safety programme is to ensure that every employee understands the importance of safety and knows how to work safely. The programme emphasises preventive daily safety work. In 2015, the occupational safety objectives were achieved.

Climate change is the greatest challenge of our time, and preventing it requires consistent action on all levels of society. Railway traffic is energy-efficient and independent from fossil fuels, and this provides an excellent starting point for responsible business operations. In 2015, VR Group joined other leading Finnish companies by becoming a member of the Climate Leadership Council. Even before its membership, VR Group's environmental pledges have committed it to improving its energy efficiency and increasing its use of renewable energy.