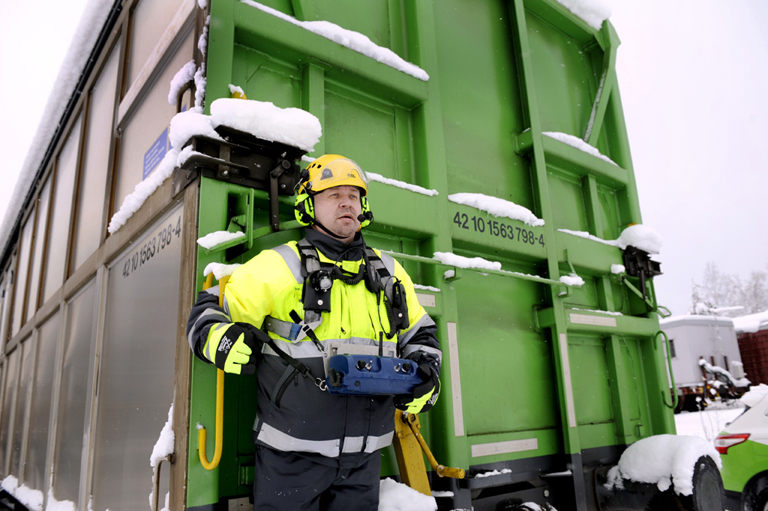 Occupational and train safety are constantly being developed on the basis of the agreed-upon objectives and measures. The focus is on preventive safety work.

VR Transpoint reached the safety objectives that were set for 2015. There were positive developments in work accident frequency in all business operations. In rail logistics, there was a decrease in shunting deviations that were related to freight wagon arrangement work.

During the year, a great deal of attention was focused on the working conditions in railway yards. Cooperation was deepened with railway holders, superintendents and maintenance personnel.

In the summer, protective helmets were taken into use in railway yards and in shunting work. VR Transpoint also invested in the safety of rolling stock: with new railings and steps, the railway logistics wagons are now safer than before.

According to the personnel survey that was conducted in autumn 2015, our personnel feel that occupational safety is well taken care of.

We collaborated closely with our customers and partners to develop safety. Many of our customers agreed to collaborate in making risk assessments for railway and road traffic as well as loading and unloading processes.

In road logistics, contract carriers and their drivers were trained according to the changing demands in the transport business. The training events supported maintaining and developing professional skills as well as safety in work. In addition, training events were also arranged for those working in railway security.

During the year, VR Transpoint developed its incident investigation processes and simplified safety management. Safety monitoring was also more comprehensive than before. Safety practices and management were developed with the help of audits. Best practices were sought from industry and research institutes for improving safety.

The business units held around 670 safety briefings that focused on current issues related to safety. The number of briefings surpassed the original goal, and their contents were developed. Various safety campaigns and competitions for rail logistics also increased safety awareness.