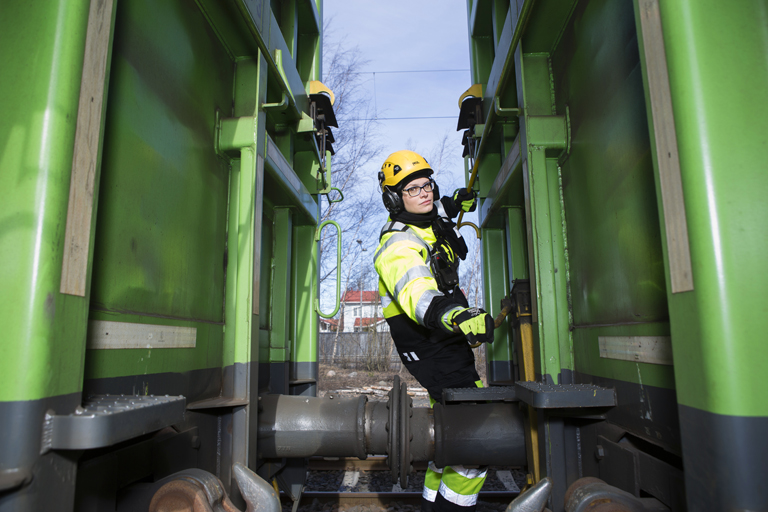 According to the Finnish Transport Safety Agency Trafi’s traffic overview, (Traffic safety and environmental overviews 2015, published 22 January 2016), rail traffic is the safest form of transport. As in previous years, in 2015 there were no serious rail accidents in Finland. While rail safety developed in a positive way, level crossing accidents caused more serious personal injuries than on average during the previous five years (6 dead and 7 seriously injured in 2015).

VR Group managed to beat its work accident frequency target for 2015 The number of serious accidents was halved in 2014 compared to the previous year’s number, and remained on the same level (29 serious work-related accidents) in 2015.

In accordance with the ongoing safety programme, the starting point for the development of safety activities is preventive and daily safety work. The aim is to create a safety culture where every employee understands the importance of safety and knows how to work in a safe manner.