New growth for railways from the bioeconomy 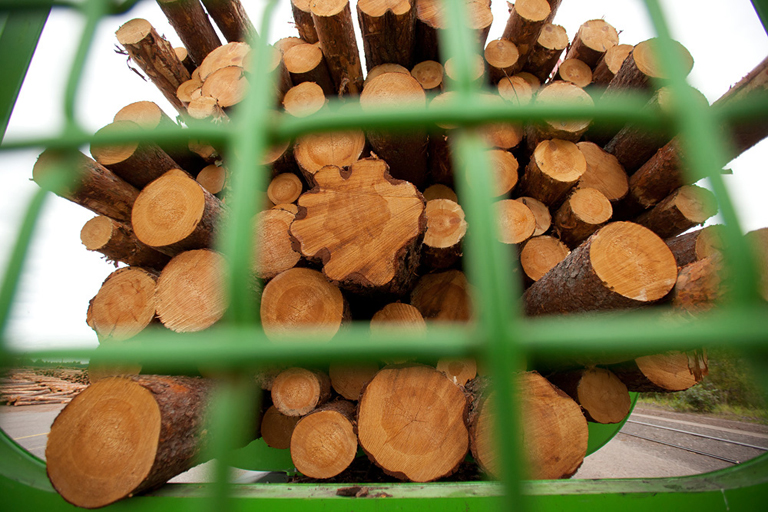 New industrial investments in Finland increase the use of bio raw materials and bioproducts as well as transport flows.

In 2015, VR Transpoint and the Metsä Group negotiated a logistics solution agreement for the new bioproduct mill that is to be built in Äänekoski. The factory is expected to be completed during the third quarter of 2017, at which point the railway transports will be gradually introduced.

When the factory is in full production, VR Transpoint will transport around 800,000 tons of pulp annually from Äänekoski to Vuosaari. The agreement also includes investments in suitable rail carriages. The transport will utilise VR Group's new Sr3 electric locomotives.

An efficient and new logistics solution has been created for the needs of the Äänekoski bioproduct mill, where the factory's operations, transports and harbour operations are smoothly unified. Vuosaari will become a significant harbour for railway transports.

Several energy plants around Finland are preparing to increase their use of bioenergy, such as wood-based fuels. Renewable energy will replace fossil fuels.

VR Transpoint and the energy company Vapo began a new collaboration project in July 2015. From now on, the products of the pellet plant in Ilomantsi will be transported by train to the harbour in Hamina, and from there they will be delivered to end users after intermediate storage. If necessary, the transport system for Vapo’s pellets can also be expanded with VR Transpoint's model that combines car and train transports.

During the year, VR Transpoint actively strived to meet the growing transport needs of the bioenergy market and offer functional logistics solutions for energy customers.

The competitiveness of rail logistics against other forms of transport increases when added demand from new power plants requires that raw materials must be transported from even further away and when the transports are large and happen on a regular basis.