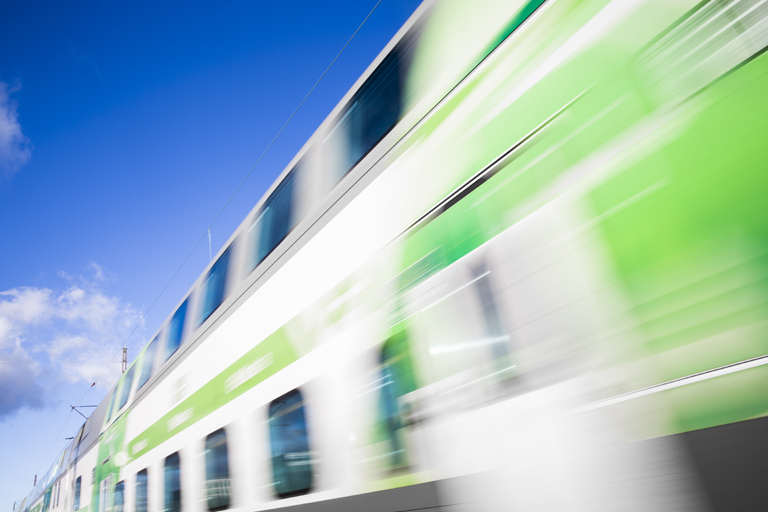 In 2015, VR launched an extensive programme aimed at improving the competitiveness of trains in long-distance traffic. The competitiveness programme is based on a wide-ranging assessment that assessed customer expectations for the whole duration of a trip, railway line demand in the whole of Finland, and feedback on various services. The aim is to increase the number of journeys by introducing changes in pricing, better services and faster connections.

Profitable growth requires cost efficiency, increased filling rates in trains and developing operations. A competitiveness improvement programme should bring cost savings of EUR 50 million each year. As part of its efficiency programme, VR began extensive co-determination negotiations in passenger services, train operations and maintenance. A significant part of the achievable savings will be used to permanently reduce ticket prices while the pricing structure is also simplified.

The first part of teh co-determination negotiations were completed in November 2015, with a reduction of 135 persons. VR's own ticket offices were closed in 13 locations in January 2016, and the ticket office in Kemijärvi will also be closed during 2016. After the closures, VR will have ticket offices at nine stations. Online and mobile applications have rapidly become the most popular channels for purchasing tickets for passenger trains. Train tickets are also sold at R-kiosks, ticket vending machines at stations, in VR Customer Care phone service, in a number of Matkahuolto outlets and on trains.

During the year, VR has reviewed the services on the rail network, while at the same time it has conducted negotiations on the content of the outsourced services with the Ministry of Transport and Communications.

The aim is to provide more services and increase speeds on routes where VR sees growth potential. At the same time, VR aims to increase filling rates by adjusting rolling stock more effectively in accordance with the demand. The first changes in market-based services were introduced in October 2015.

The development of the traffic structure continues. The restructuring of outsourced services and the public service obligation will be implemented in March 2016. In addition, solutions based on passenger needs will be sought for market-based traffic. The aim is to introduce fast train services on main routes between large population centres so that customers can be provided with better services. For example, a new service, to be introduced in the spring of 2016, will cut more than 20 minutes of the travel time between Helsinki and Turku.

Increasing the number of passengers requires permanently reduced prices and a significant simplification of the pricing structure. Achieving price reductions was one of the most important objectives of the efficiency programme. To renew pricing, wide-ranging customer surveys were conducted on customer satisfaction with train travel and their willingness to pay for various services. The surveys revealed that trains are seen as a comfortable, safe, environmentally friendly and fast form of travel. Punctuality has also improved during the last few years. At the same time, customers have grown more dissatisfied with the pricing of train tickets and criticised the high prices of train tickets.

Since spring 2015, VR has strongly marketed various campaigns that have focused on pricing. The popularity of the price campaigns exceeded all expectations and, after a period of decline, there was an upturn in passenger numbers, with significant increases in passenger numbers on numerous routes. The campaigns proved that people want to travel by train when the price is right. The pricing campaings also provided valuable information on pricing flexibility on different routes and in different customer segments. This information has been utilised in the planning of the new pricing model and price levels.

VR can only develop the train experience if is in close contact with its customers and understands the expectations of the passengers. During 2015, VR conducted a number of customer satisfaction and corporate image surveys in long-distance traffic. Passengers were also asked about their views of train travel. With the help of the surveys and customer feedback, a comprehensive picture was made on the customer wishes for developing services. Customers want competitive prices, fast connections, more choices in restaurant and additional services, as well as digital services that make traveling easier.

VR’s long-distance services customers are being served by almost 900 customer service professionals. Train conductors, ticket sales personnel at stations and the personnel of the customer service unit meet traveling customers in trains, at stations, on the telephone, in social media and online. The training of service personnel as well as the development of job descriptions and work equipment in collaboration with personnel is a special focus area in 2016.

Customer satisfaction with VR’s services has remained high. In 2015, satisfied customers accounted for 87.3% of all passengers (90% in 2014).

VR has developed its digital services for a long while. Our online store vr.fi attracts around 600,000 visitors every week, and the VR Mobiili mobile app has been downloaded almost 700,000 times. The Live train map application helps during disruptions by giving real-time information on the location of trains on the railway network. The Veturi loyalty programme is also digital. All services will be developed in various ways, while also utilising the benefits of the time spent during train travel with e.g. digital entertainment services.

In 2015, the railway online project was implemented with the goal of improving the usability of wlan networks on trains in collaboration with carriers. Pendolino, IC and Allegro trains were equipped with 4G connections. As the network has become faster, its capacity has also increased. As a result, a larger number of passengers can use the network simultaneously in a more effective manner. The new comprehensive 4G network and its amplifiers will be installed and running during 2016.

Personalised and automatic communications with customers

In the autumn of 2015, Veturi loyalty programme members got the chance to test the new automatic rail traffic and disruption messages. Even now, Veturi members can save their favourite routes and pay for their tickets faster and in an easier way. The goal is to improve the quality of the service by offering targeted, individual contents that are based on customer information and their purchase history.

The demand for mobile services is growing strongly, and it is also VR’s goal to provide its customers with an even larger and more personalised selection of services. The growing mobile channel makes it possible to create personalised services for each customer when they are planning their trip, at the station, on the train and even after their trip. The development work on disruption communications will also utilise mobile developments.

Long-distance traffic and commuter traffic formed a wide-ranging and new kind of travel network in Finland when the Ring Rail Line was opened in the summer of 2015. Even before, the same long-distance traffic ticket could be used to travel on commuter traffic routes before or after the trip. With the Ring Rail Line, all customers going to the airport can travel to the terminal with the same ticket.

Another example of travel network solutions is the collaboration between Finnair and the Allegro train that operates between Helsinki and St. Petersburg. Finnair's international flight passengers can purchase a combination ticket where the train trip is part of the flight trip. After the end of March 2016, the train trip between Helsinki and St. Petersburg will take only 3 hours and 27 minutes, and the border and customs check are done on the train during the trip.

Operations are also developed by introducing new forms of collaboration. In December 2015, we began a year-long collaboration with Innokampus Oy, which focuses on group innovations. During the collaboration, new ideas will be formed on future train services together with Finnish youths.