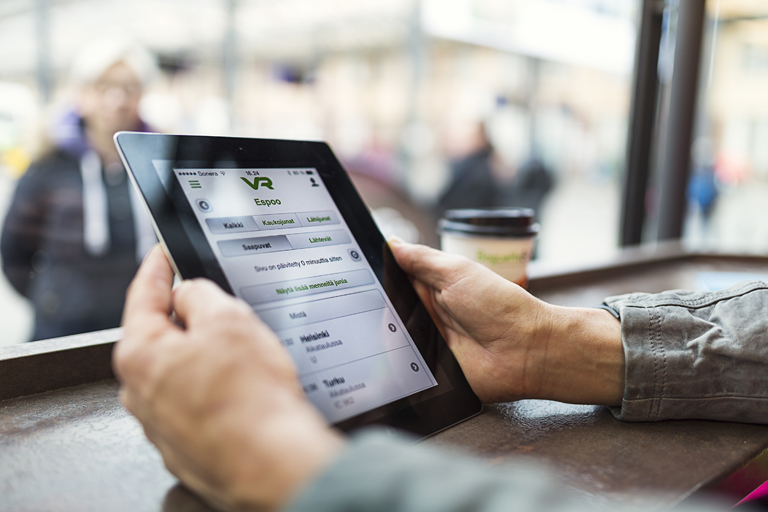 VR's long-distance traffic offers services for passengers on the Finnish railway network and for those who are traveling to Russia. In 2015, over 11 million passengers used VR’s long-distance traffic services. VR's commuter traffic provides rail traffic for the Helsinki region and zone-based traffic for neighbouring areas. In 2015, commuter trains transported over 63 million passengers.

Avecra, which is responsible for restaurant services in trains and stations, is an important part of the customer’s train travel experience. In addition, the passenger services include Pohjolan Liikenne, which operates local bus services, long-distance services and express coach services.

VR is a central figure for Finnish public transport. The aim is to increase the attractiveness of public transport and train travel by providing fast, environmentally friendly, safe and comfortable passenger services at competitive prices. Important development priorities include the overhaul of personal and online customer service, attractive travel products, smooth travel chains and punctual and demand-oriented bus, coach and train services. By developing different digital services, travelling will be made easier and it will be provided with new dimensions.

VR offers customer services via many different channels. Ticket sales are now primarily done via self-service channels, and the share of online and mobile in sales are growing quickly. Our online store vr.fi attracts around 100,000 visitors daily, and the VR Mobiili mobile app has been downloaded almost 700,000 times. Tickets can also be purchased from service stations, from ticket machines, on trains, by telephone and from our partners. VR train tickets can be bought from any of the over 600 R-kiosks in Finland. In addition to its telephone service, Customer Services operates actively in social media, and VR has been ranked as one of the most active companies on social media in Finland.

Veturi, VR's digital loyalty programme, has attracted almost one million customers since 2011 – by the end of 2015, there were around 960,000 Veturi members. Veturi members receive various benefits on-board trains and from our partners. Veturi is being constantly developed, and our goal for the near future is to offer even more personalised services for our customers.