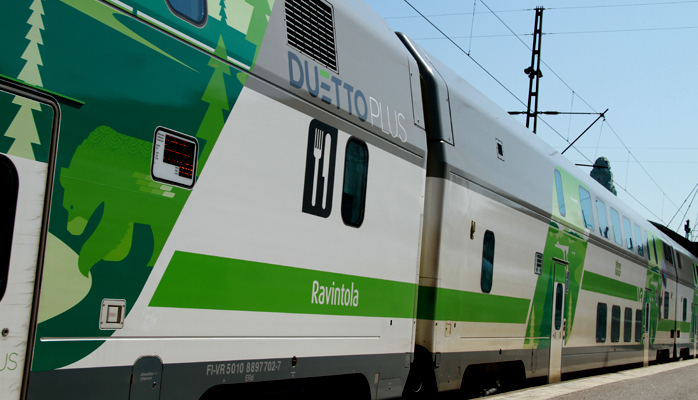 The decision to purchase new restaurant cars was made in 2008 and the detailed design work began in 2011. Avecra, the company responsible for catering on VR's trains, was also involved in the design work, focusing on the product offerings. Customer needs and the successful layout of the old restaurant cars formed the starting point for the design.

When the drawings were ready, a wooden mock-up of DuettoPlus was constructed. Avecra and VR personnel and customers had a chance to take a look at the mock-up. Their feedback resulted in changes for example in the direction for queuing and in the location of the equipment on the cars. Personnel and customers were satisfied with the resulting concept.

DuettoPlus has two special features: a kiosk located on an intermediate deck that serves customers during busy periods and a passenger compartment on the upper deck. DuettoPlus is the first restaurant car with digital price lists. These help to ensure that passengers can quickly check that the products and offers are available and what their prices are. Read more about the DuettoPlus restaurant car in the business divisions section.